It’s a rare CEO that would travel almost 3,500 miles to do field research, but Gwenaëlle Avice-Huet, head of ENGIE North America, Inc., a company whose mission is two-fold – a zero-carbon transition and a zero-carbon economy – left her new home in Houston last year to go on a week-long trip to Greenland, as part of an expedition with the World Economic Forum’s Young Global Leaders, to witness the melting of the polar ice caps for herself.
ENGIE NA CEO Gwenaëlle Avice-Huet. 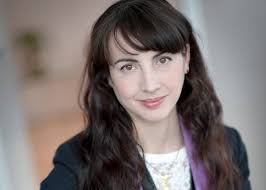 “Everything fell apart, like a tsunami. The local with me said he had never seen that. We have to be concerned and understand in depth what is happening.” She says seeing “how impactful, how severe” the situation is has motivated her to push even harder for solutions.

Avice-Huet, a molecular chemist by training, spent her early career as a French civil servant, conducting scientific research for the government. After earning an engineering diploma, she served as an advisor to various French ministers (including the energy minister), regarding climate change issues, energy competitiveness, and international climate negotiations.

“My personal commitment is to environmental issues, [including] climate change, and that’s why I wanted to join a company in the private sector with a clear purpose. ENGIE wanted to be the leader in the energy transition and we took bold moves – and we continue to. It’s amazing what’s been done. That’s a true differentiator and why I’m passionate about this group.”

Read the whole story by Rebecca Ponton on Forbes.com