Home Oil & Gas News The Female Effect: A Decade Of Change At BP

The Female Effect: A Decade Of Change At BP

It has been ten years since the devastating Deepwater Horizon tragedy, which took the lives of 11 men from among the 126-member crew working on the BP-operated Macondo prospect. Not much has been written about the five women named on Transocean RIG ’s personnel on board (POB) list. It’s surprising there were that many women working on one rig at the same time as women comprise only 3.6% of the offshore workforce, a number that has held steady for years. Although women have been working offshore since the ‘70s, it’s not unusual for them to talk about still being the lone female during any given assignment. 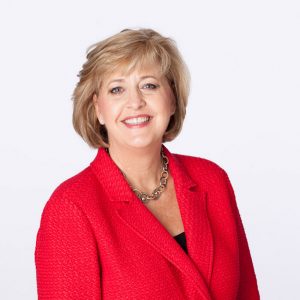 In the aftermath of the worst oil spill in U.S. history, numerous operational improvements were made to strengthen BP’s safety culture to help ensure such a disaster never happens again. At the same time, BP has made a concerted effort to diversify its workforce and continues to make progress developing women leaders at all levels of the company. According to BP, the number of women in its workforce has risen to an all-time high of 35% (as of December 2019), an increase of almost 11% from a decade ago, and significantly higher than the 19% industry-wide figure cited by the American Petroleum Institute (API) in 2010.

A major change that has taken place in the intervening years is BP America, Inc., appointed its first female chairperson and president in 2018. Susan Dio, a 34-year veteran of BP at the time she assumed the role, joined the rare few women at the top of a major oil and gas company (encouragingly, there are a number of female CEOs at smaller independents or who have started their own companies). Vicki Hollub had taken the helm at Occidental in 2016, but Maria das Gracas Silva Foster had stepped down as CEO of Petrobras in 2014, as did Karen Agustiawan, CEO of Pertamina, that same year. To its credit, in 2017 BP appointed Priscillah Mabelane CEO BP Southern Africa (BPSA), the first woman in South Africa’s history to hold such a position with a multi-national oil and gas company.