“Racism is systemic. It’s pervasive. The workplace is a microcosm of our society. The biggest problem is our history. George Floyd had to [lose] his life for people to say [systemic racism] is an issue, but it’s been an issue and continues to be an issue.” 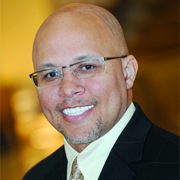 Quietly and without fanfare, Dennis Kennedy, founder and chairman of the National Diversity Council (NDC), launched a new organization on July 15th to further his mission of social justice. The non-profit Energy Diversity and Inclusion Council will be run under the auspices of the NDC until a call goes out for board nominations and members have been appointed.

With nearly every major corporation having a diversity and inclusion officer in the C-suite and minority employee resource groups (ERGs) available, why does he feel such an organization is necessary? Kennedy, who marched in some of the recent protests, sounds weary.

“A lot of companies don’t have a ‘black resource.’ They don’t have anyone in the C-suite who can share with them what African-Americans are thinking and feeling. What’s important to understand is being black is not something you experience in the workplace.”

Kennedy, who has an MBA from the University of Houston and undergraduate degrees in business and economics, grew up in a white neighborhood in San Antonio and says his parents, who were from the south and lived through the Jim Crow era, didn’t talk to him about their experiences with racism. “Never. I think there were [emotional] wounds they both felt. I was persistent with my mother and she eventually started discussing it, but I think it was very hurtful.”