“It was an opportunity women my age could have only in Alaska,” Joey Roth, a veteran senior drilling engineer for Shell, says of working on the Trans-Alaska Pipeline (TAPS) in 1976. “They didn’t care if you were a woman or black or green; they just needed people to do the job.” 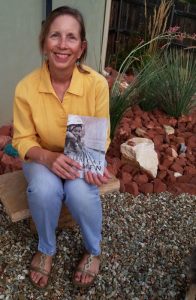 It’s been 45 years since the number of workers on TAPS peaked at 28,000, according to the Valdez Museum History Archives, and at times women comprised as much as 10% of the workforce (higher than the 8% mandated by law at the time). Thanks to the Hulu miniseries, Mrs. America, there is renewed interest in the Equal Rights Amendment (ERA), ratified by Alaska on April 5, 1972, which, in part, enabled these women to contribute to the history-making Trans-Alaska Pipeline.

Sculptor Malcolm Alexander (1924 – 2014) illustrated the diversity of the TAPS workforce with the bronze sculpture he completed in 1980 that stood at the entrance of the Valdez Marine Terminal until 2017 when it was moved to Kelsey Dock. Comprised of five figures, including an engineer, a surveyor, and a welder, the statue features a female Teamsters member as well as an Alaska Native (minorities made up 14 – 19% of the TAPS workforce).

With the end of an era, as BP prepares to pull out of its Alaska operations (BP Pipelines, Inc. owns slightly more than 48% of TAPS) and Hilcorp takes over, it’s vitally important that these stories be preserved.Author Carla Williams arrived in Anchorage in 1974 and writes, “A summer’s folly turned into 40 years.” Although construction of TAPS had been completed in 1977, the lure of high-paying jobs in the petroleum industry was still attracting large numbers of young people to Alaska.