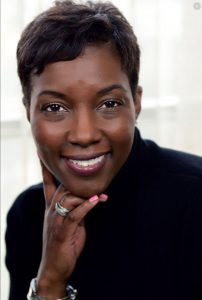 Following five months in Europe after graduating from the University of Delaware with a marketing management degree, Paula Glover, then in her early 20s, had the choice between a position with the German luxury designer, Escada, in Manhattan or a decidedly less glamorous job with a gas company. She chose the latter because it paid about $2,000 a year more and had a shorter commute.
AABE President & CEO Paula Glover.

“That was a lot of money to a young person,” she says laughing.

A 2015 PwC survey reported 57% of female millennials said they would avoid working in an industry that had a negative image, including oil and gas. After nearly 30 years in the industry, Glover, who has been President & CEO of the American Association of Blacks in Energy (AABE) since 2013, believes that’s because, “For so long, [we] have said nothing and allowed other people to tell our story. Oil and gas is such a creative industry, but we don’t tell our story that way.”

Glover’s leadership of an association with 2,000 members and 40 chapters worldwide is influenced by the freedom and creativity she was allowed as a young person in her role at the gas company. “In my 20s, it never occurred to me that I couldn’t do things. It’s a special time [in life] and you see things differently.”
Today In: Energy

“As leaders and as companies, allowing [young people] the freedom to do those things broadens all our thinking. You’d be surprised at what they’ll come up with if you treat them like you know they have something to contribute.”

Read the whole story at Forbes.com