by Rebecca Ponton, contributor to Forbes 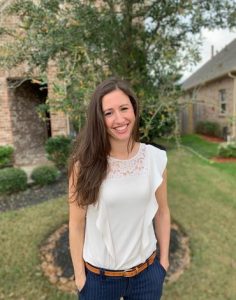 “No! That doesn’t impact us,” was Alex Gerbasi’s initial reaction when her husband, who was studying for the ministry, told her he instead felt called to work against human trafficking. Despite her misgivings, she began praying about it. A week later, the massage studio where she, her husband, and their daughter had been going was raided by the FBI, revealing that the women the Gerbasis had been receiving massages from were victims of human trafficking.

“This was in Katy, Texas, in front of one of the key high schools in a ‘nice’ part of town. What I thought didn’t impact me was right under my nose.”

Gerbasi, Chief Administrative Officer, OVS Group, and a Houston native, discovered the city has one of the highest rates of human trafficking in the nation and that there were similar establishments along the Energy Corridor, where she works. She also learned that large conferences, sports events, and conventions are prime targets for traffickers.

“I started to see how our industry, like other male-dominated industries, such as tech and construction, etc., was being targeted.”

Read the whole story on Forbes