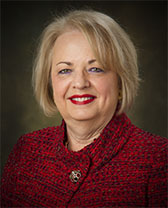 You know, little girl, I’ve been watching you,” the longtime oilman said to Marsha Hendler. “You get this business; you need to be an operator.” Some women would have taken offense at being called “little girl.” Instead Hendler saw a golden opportunity to be mentored and, in the process, gained a close friend – “my number one bubba” – until his sudden passing last December.

Despite not having a background in energy – aside from the oilfield service companies that were clients of the marketing company she owns – Hendler was intrigued with the industry and, after giving it some thought, came to the conclusion that she did indeed “get it” and want to be a part of it

Read the whole story on Forbes